Sharon B. Woolmington
Mother of Three, Mother-In-Law of One, Wife to my Wonderful Husband, Daughter/Sister, and Accountant. Loves Hiking, The Colorado Rockies (which means the mountains AND the baseball team), Entertaining family & friends, and Baby Calves in Spring but Most of All: I Love Jesus because He First Loved Me.

“Be strong and courageous, do not be afraid or tremble at them, for the Lord your God is the one who goes with you.  He will not fail you or forsake you.” Deuteronomy 31:6

These words, “be strong and courageous”, are repeated in the Old Testament to and by some of the most elite of our heroes of the faith.  They were said:


Daunting tasks.  Unknown territories.  Terrifying enemies.  Each circumstance could allow doubt and fear to creep in.  Why is it that we are not to fear or be dismayed?  Because the Lord promises that He will "not fail you nor forsake you” (Joshua 1:5) and that He is “with you wherever you go.” (Joshua 1:9)

How about you?  What assignment has God given you today?  To turn your world upside down by accepting His love and forgiveness through faith in His Son, Jesus Christ? To share His love with your neighbor? To stay pure until marriage? To forgive someone? To take a step of faith and go where He has told you to go? Let faith overcome your fears.  Take your shaky knees to the cross and set them down on solid ground in prayer and in His word.  He will strengthen you.  He will encourage you. If He has assigned it, He has designed it.  Take courage from His brave heart, be an overcomer, and experience the joy of victory in Christ Jesus today.

“Courage is being scared to death and saddling up anyway.”—John Wayne
Posted by Sharon B. Woolmington at 2:29 PM

We are all on a journey of faith. Where are you in that journey? 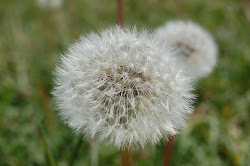